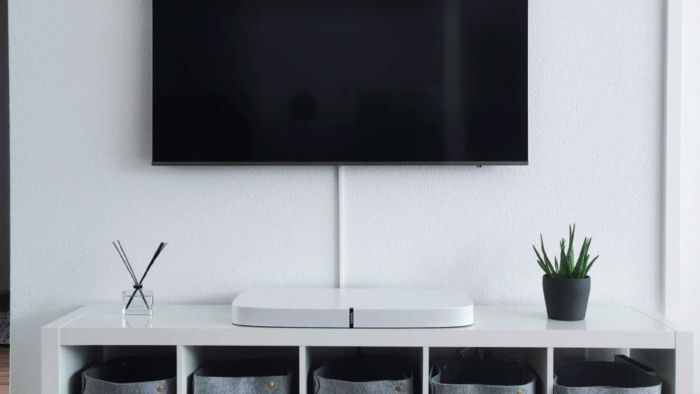 We have encountered many reports both online, and with customers who have had difficulty with Samsung TV’s when using Bell Fibe or Rogers Cable.

In Rogers’ case, the screen goes black and delivers the message “This is a 4K UHD channel that requires a HDCP 2.2 compatible 4K TV for display.”  This occurred shortly after the Olympics ended when apparently Rogers pushed a firmware update to all its customers, breaking 4K.  Some users simply had to buy a higher grade HDMI cable to solve the problem.  But if you have a video distribution system like a matrix device, even if it can handle 4K UHD HDCP 2.2, the length and quality of cable comes into play.

Using EDID management in a 4K video matrix to tell the Rogers box that “I am a 4K UHD HDCP 2.2 TV display” did not encourage the Rogers box to deliver 4K content.  Outboard EDID compensators also did not remedy the problem.  The only solution seemed to be to locate the Rogers cable receiver within the 7 foot limit of the HDMI cable length so a direct HDMI to HDMI connection could be made.  For many homes IF there was a cable feed to all the rooms, this is clumsy but workable.  But for restaurants and bars that have multiple TV’s sharing the same Rogers box, 4K was going to be a significant problem.  Calls to Rogers’ technical support put the problem on Samsung.

We set up a test system using a new Samsung and a new Panasonic TV, with Bell Fibe 4K PVR (Arris VIP5662)  and Rogers 4K connected to both.  The latest firmware was present. In this test, the connections were direct HDMI to HDMI, under 7 feet of cable length. Rogers was stable (we will add our findings from using a twisted pair ling range extender) but after about a week, Bell began to deliver the H1001 error code.  Rebooting or following any of Bell’s solutions would not work. On occasions where we were able to get it to behave, we tested Bell’s 4K content and found it to have no bandwidth issues, so it is not an “insufficient HDMI cable”, or too long a cable length.

To isolate the problem, we swapped inputs on the TV, so the Bell used the input that Rogers was successfully using.  The problem occurred on the new input.  Effectively, we have ruled out the TV and HDMI cable as possible failure points, leaving the Bell receiver as the culprit.  Bell is sending a new 4K box.

But it gets interesting:

We removed the functioning wireless Bell TV Anywhere receiver from the Panasonic TV and connected it to the Samsung TV.  It failed to work.  We now have isolated the problem to two devices—the Samsung TV and the Bell Fibe receivers (both 4K and 1080p devices).  Connect back to the Panasonic and it works perfectly.  Others have the same issue with the Rogers/Samsung pairing.

Here is where we have a serious choice: is it Rogers’ and Bell’s problem or Samsung’s?  The choice gets pretty simple.  You have the options of either Rogers or Bell as providers, but you can purchase any one of dozens of different TVs.  You can press your luck and use whichever provider with a Samsung TV, but if it becomes problematic later, you have only one other provider, and likely no way to get things to work. While this was once a problem that affected large multi-room systems, now it can infect anyone with a single TV.

Calling tech support is pointless, since each company will blame the other.  To Rogers/Bell, the issue only affects one brand of TV out of many, so they consider it not their fault, using their success with all the other TV brands as proof.  Similarly, Samsung may have no problems with any cable company in the world except a couple in the barren, inconsequential population of Canada.

Unfortunately, the best solution is to avoid Samsung TVs, since there are infinitely more TVs than providers in the Canadian market.  Samsungs are some of the lowest priced TVs on the market, but not worth the aggravation that can appear well after the warranty expires.   While we design systems that are as cost effective as possible, we have always known that some products are inexpensive for a reason. We do not spec Samsung TVs when a Rogers or Bell service is involved, but will still use them on other video sources if they perform.

Here is a link with further details on dealing with he problems affecting Samsung TVs:  http://www.wyrestorm.com/news/wyrestorm-handles-samsung-firmware-update-incompatibility-with-hdbaset

Made with ❤ by: Peashooter Media